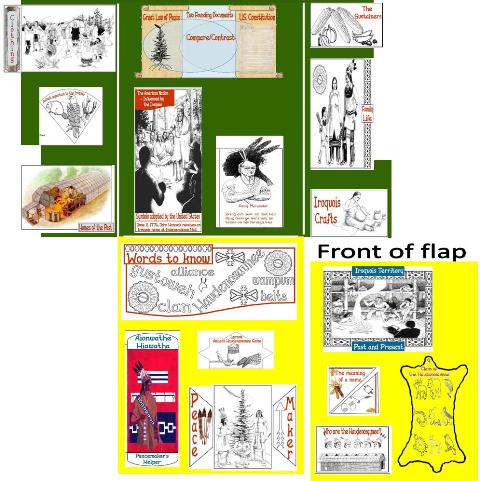 Well we never intended to stay so long on this topic. We had planned to study about the influence the Native Americans had on the Founding Fathers for a "subtopic" and I think we ended up finding this topic more interesting than the American Revolution (of course not  taken anything away from that topic too).

But the longer we dug into it the more excited we became. Why can't I make anything simple? I think I am keeping the minibooks above and so I think this will be the final unit.

Again, we just love studying our Unit Studies like that.  What is so fascinating about this time in history is that the Haudenosaunee already had a working thriving democracy prior to the U.S. Constitution but their influence over it was not recognized until 1987-1988.

Here is a passage from one book called Hiawatha by Nancy Bonvillain  "In 1987, the United States Congress officially recognized the influence of the Iroquois and their confederacy on the development of the United States."

When you leave off  the stereotyping (I know we don't like it as homeschoolers) that the Indians past was one tragic event after another, you can appreciate their life. We tried to look at the Iroquois through the eyes of Benjamin Franklin. It was well known he spent time with them and was fascinated by their Great Council.

I am trying to finish editing the site and put a few final touches on the unit before I release it, but are some minibooks from the unit.

Hugs for today and I'll leave you with this information about Mary and Joseph Brant, Mohawk brother and sister. They  were a bridge between the Iroquois and British worlds in eighteenth-century North America. Mary  (or “Molly”;), through marriage to a British official, and Joseph, through education, gained solid positions in colonial society. 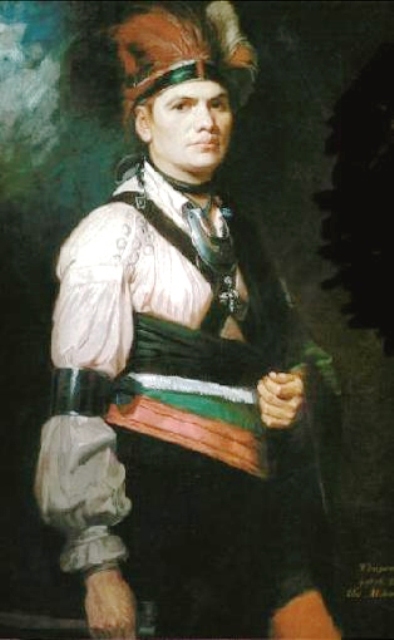 For the Iroquois the American Revolution ended up being nothing more than a civil war between the Indian Nations. Some wanted to protect the English and some wanted to fight against them.

They supported the British and the Mohawks ultimately paid for that loyalty. American independence in 1783 robbed them of their Mohawk Valley homeland and turned them into Loyalist refugees. Joseph Brant spent the rest of his life attempting — and failing — to create a new Iroquois state in Canada.

Quote by Mary Brant 1781 "The whole Matter is that the Officers at Niagara are so haughty and proud, not knowing or considering that the King’s Interest is so nearly connected with that of the Indians."

Quote by Joseph Brant 1783 "I always looked upon these engagements, or covenants, between the King and the Indian nations, as a sacred thing."